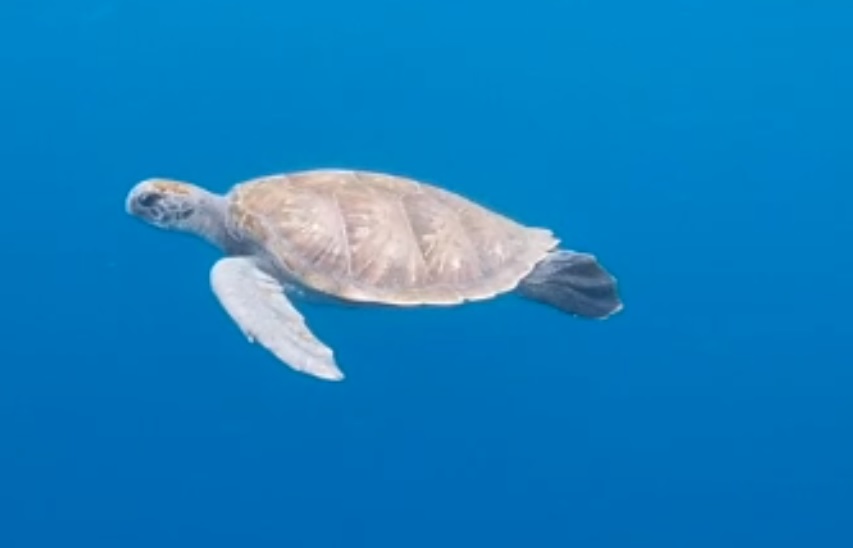 The Canary Islands offer spectacular volcanic beaches, unspoilt cliffs rising from the crystal clear sea below creating ideal conditions for diving or snorkelling in Tenerife where the diverse forms of life together at a depth of just a few feet of water.

For those who love the sea but are not scuba divers we offer the possibility to snorkel in Tenerife from beaches that are off the beaten track ad far from the beaches crowded with tourists. There one can enjoy the volcanic beaches but above all snorkel in the crystal-clear waters.

While snorkelling in Tenerife you will see many different species of fish, such as parrotfish, trumpet fish, moray eels, octopus, and many others.

Snorkelling in Tenerife will also enable you to see the turtles that live year-round on the beaches.

The Turtles in Tenerife are very common and can easily be spotted while diving or snorkelling.

There are 5 different species of turtles in Tenerife, three of these are quite rare Embricata,Liuto and Kemp, while caretta Caretta and the large Green Turtle are quite common and can grow to measure over a meter and can weigh up to 200 kg.

You can see turtles in Tenerife throughout the year as the water temperature and currents create an ideal habitat for them.

There wonderful creatures are now used to humans and so it’s easy to approach and swim with them without disturbing daily habits.

Snorkelling with turtles in Tenerife is an unforgettable experience that can be done both from a boat of from the shore as turtles live in shallow waters near the shore line.

In recent years, the increasing demand for these excursions have caused turtles to be molested by undisciplined tourists and have now disappeared form some beaches. The bad practice of some operators promising tourists that turtles would be seen have led to them being artificially kept in certain areas by feeding them. This is a practise we condemn and would neve do.

However, fortunately diving in Tenerife one can still  see turtles in may locations, the most well known are Puertito di Adeje, Anades, Montaña Amarilla e Palmar.

Snorkelling in Tenerife will be an unforgettable experience, we will show you how to interact with the turtles without disturbing in any way, so that the same experience will be possible for generations to come.