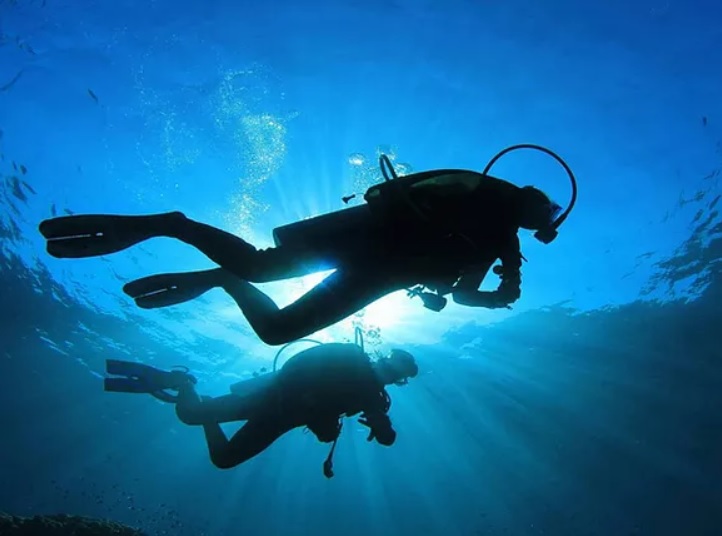 Be amazed by the underwater world of Tenerife, discover the variegated forms of life that populate Tenerife’s seabed.

Dive in Tenerife, the only place on earth with year-round good weather, very little rain and in the South of the island hardly any humidity normally present in other countries on the same latitude.

This volcanic island with beautiful black sandy beaches, blue skies and mountains makes a great backdrop for diversities around Tenerife

Diving in Tenerife offers a multitude of sensations, as the seabed changes from sand to rocks to canyons offering diving experiences for all from beginner to expert to technical diving.

Tenerife’s seabed is home to a diversity of life, some species of which can only be seen in the Canary Islands or migrate in specific times of the year.

There are many dive sites in Tenerife where you can find turtles, stingrays, barracuda and the rare and harmless Angel Shark that lives on the sandy seabed and that can easily be spotted in night dives when it approaches the shore to rest.

The waters of Tenerife are also home to Pilot Whales that can reach a size of about 7mt and can be easily spotted from boats that run daily excursions .

The luckier dives can see dolphins interacting with each other, a really unique and exciting experience.

Many of Tenerife’s dive sites have a volcanic seabed where erosion has formed caves and tunnels.

The volcanic tunnel in Garachico is an ideal dive site for expert dives who will not be disappointed by this very special experience. However, this dive is only possible when weather conditions permit and its reachable only by boat and the well here can be quite rough.

One of the advantages of choosing to dive in Tenerife is that the water temperature varies from 10c in winter to 21 c in summer, so you can dive comfortably with just a 5mm wet suit.

If you’re a keen wreck diver in Tenerife you can safely dive to the Peñon wreck at 32 meters, a vessel sank in 2006 for the purpose of creating a base to attract marine live.

Another famous wreck dive is the “El Condencito”, sank in 1971 and sat on the seabed at 20 meters offering a home to moray eels, octopus, rays and many other species.

Night diving in Tenerife is a great experience, you can see so many different species that hunt by night such as moray eels, octopus and shrimps and you can also spot the fishes you see by day sleeping hidden behind rocks.

During night dives, our priority will always be that of respecting nature and all the creatures that live in our sea.